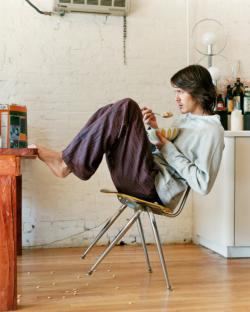 Living in an apartment? Expect your rent to go up again.

Renting has gotten increasingly expensive over the last five years. The average U.S. rent has climbed 14 percent to $1,124 since 2010, according to commercial property tracker Reis Inc. That’s four percentage points faster than inflation, and more than double the rise in U.S. home prices over the same period.

Now, despite a surge in apartment construction, rents are projected to rise yet another 3.3 percent this year, to an average $1,161, according to Reis. While that’s slower than last year’s 3.6 percent increase, the broader upward trend isn’t going away.

“The only relief in sight is rents in the hottest markets are going to go up at a slower pace, but they’re still going to go up,” says Hessam Nadji, chief strategy officer at Marcus & Millichap, a commercial real estate services firm.

The main reason: More people than ever are apartment hunting.

Young people who have been living with their parents are increasingly finding jobs and moving out. Rising home prices are leading many long-time renters to stay put.

In addition, most of the new apartments coming on the market are aimed at affluent tenants and carry higher-than-average rents. That’s especially true in cities where new buildings are going up in urban core areas, which means builders need to recoup higher land and development costs.

Consider Denver, where rents have increased more than 5 percent a year since 2010 – 9.2 percent in 2014 – according to Marcus & Millichap. Of the 9,400 new apartment units added last year, 23 percent were in urban core areas.

Competition for apartments means renters are less likely to be able to negotiate with landlords, or win concessions such as a free month’s rent.

MORE JOBS, MORE COMPETITION
During the last recession many workers who lost their jobs moved in with relatives or took on roommates. About 32 percent of U.S. adults were living with roommates or adult family members in 2012, up from 27.4 percent in 2006, according to Zillow, an online real estate firm.

Stepped-up hiring has begun to reverse that trend. About 2.8 million more Americans have jobs than 12 months ago.

“The share of young adults with jobs has climbed in the past year, and that will help many of them move out of their parents’ homes,” says Jed Kolko, chief economist at online real estate firm Trulia. “Most of them will be renters first.”

Look at why apartment dwellers will probably see rents go up for a sixth straight year.

The three metro areas with the biggest annual increase in rent in January, according to Trulia: Denver (14.2 percent), Oakland, California (12.1 percent), and San Francisco (11.6 percent).

Job growth in each of those cities also eclipsed the national growth rate of 2.3 percent over the 12 months ended in January. Employment grew 3.7 percent in Denver, 2.7 percent in Oakland and 4.5 percent in San Francisco.

HOMEBUYING DELAYED
Traditionally, renting has been a stepping stone toward homeownership. When rents rise, tenants are motivated to buy sooner, especially when interest rates are near historic lows, as they are now.

But these days, renters are taking longer to buy. The U.S. homeownership rate ended last year at a 19-year low of 64.4 percent.

Between higher rents taking a bigger bite out of the bank account and sharply higher home prices, potential buyers are having more trouble saving for a down payment and qualifying for a mortgage.

And many millennials, or 18- to 34-year-olds, simply prefer renting.

That’s true for Alyssa Hankins, a marketing and social media strategist in Los Angeles. She moved in February to a newly opened complex where rents range from $2,325 for a studio to $5,920 for a two-bedroom unit. She wants to be able to move quickly if a job opportunity comes up.

“It’s less about affordability and more about flexibility,” says Hankins, 29.

When renters stay put, fewer apartments are available for new tenants, which in turn drives up rents.

NEW APARTMENTS ARE PRICEY
Developers added 238,000 apartments nationwide last year, a 14-year high, with another 210,000 expected this year, according to Marcus & Millichap.

In theory, more apartment construction should help bring down rents because landlords would compete for tenants. But 80 percent of new complexes, Nadji estimates, are high-end projects aimed at renters willing to pay a premium for amenities like gourmet kitchens and concierge service.

How much of a premium? The average rent for apartments completed last year was $1,721. That’s 46 percent higher than the average apartment rent for older units, according to Marcus & Millichap and data provider MPF Research.

“There’s very little new supply being added anywhere else,” says Nadji, “so that’s why there’s so much pressure on rents and very little choice for the average renter.”